A “prophecy” to stop using Social Media in 3 days or else…. 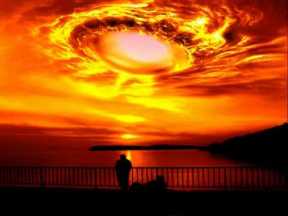 Over the last several days, I have gotten a number of emails & text messages asking questions about a “prophecy” from in one of the largest Pentecostal churches of Belarus. In short, the prophecy says (given on 3/31/13) that God is giving Christians 3 days to get out of social media (Facebook, Twitter, Odnoklassniki, etc), and for those who do not, His protection will be removed from them. Originally, I had posted the text of the prophecy on this blog, but, because the pastor of the church where the prophecy was given asked for it not to be shared, I respectfully took it down. Below are just my comments, regarding that prophecy.

Today is April 3rd. If you are reading this, you are probably just like me, still using Social Media. Either you didn’t hear about it, or you chose to ignore it. So is God’s hand going to be removed from you now?

What should our reaction be? Is it a sin to use Social Media?

2. We must be very careful how we use Social Media. Social media is allowing people to connect, or reconnect, sometimes in ways damaging to their marriage.

The problem is not “Facebook” but the person’s heart. Facebook and social media sites are just making it easier to proceed w/ the evil intentions and desires of the heart, lust and adultery.

3. Social media sites can be a time-killer and thief. If one was was to galvanize every person on earth into the purpose, the entire worlds efforts, wealth, and technology could not bring back one minute.  We must steward our time wisely.  The average person checks Facebook 7.5 times a day. If you are not able to manager how and when you access Facebook or other social media sites, you probably should not be using Social media.

4. Social Media is a POWERFUL tool to use for any church or believer to witness about Christ, develop relationships, get information out, stay connected and hold someone accountable, and educate others. Most church webpages and Christian blogs are visited primarily through a link on Facebook, Twitter, or another social media site. If you have some content (bible study, sermon, podcast), the easiest way to get people to read, watch or listen to your content is through social media.

In conclusion, I dont think this was a prophecy from God. It probably wasn’t from satan either. It was most likely from a concerned parent or grandparent who wants to spend more time with their kids, but their kids are too busy wasting their time and years on Social Media. Now that – I can understand.

I do challenge you though to take times of fasting from Social Media. Watch how frustrating, but then refreshing it will be! Disconnect at times. Not every thought and deed has to be posted about. You dont need to know what so-and-so said, and so-and-so did at all times. You will be surprised how much more free time you have to think, be in the word of God, and maybe pick up other authors, besides your friends!

The other problem here, besides the overuse of “social media,” is the prophecy itself. In most Slavic circles, prophecy is automatically elevated almost to the level of scripture, without any question. Anytime we hear a “prophecy,” we need to practice 1 Corinthians 14:29 “Two or three prophets should speak, and the others should weigh carefully what is said.”

Careful “weighing” of this prophecy would have led most people to a different conclusion.

PS. This blog has been translated into Russian, and posted on the front webpage of that church. Read it in Russian here:

← Is using contraceptives a sin? What are the different “Birth Control” methods?
Book Recommendation: Spiritual Disciplines for the Christian Life →

4 thoughts on “A “prophecy” to stop using Social Media in 3 days or else….”